You can trace flags back to roman times (see image on right). It is speculated that flags were used even before these times. Ever since its first appearance as a cultural symbol, it has grown in popularity and controversy ever since. Flags represent people, and people can have many flags. Mostly used for battle, the original flag stood as a symbol of might to strike fear in the perusing enemy. Today, modern warfare requires most military strategies to not include a group of men on a field armed with a man carrying a flag and charging the enemy. And even though the purpose of the flag has changed, the passion of the flag has not.

A lot goes into a flag. Take the American flag for example. I'm not really referring to the stitching of the 13 stripes or the embroidery of the stars on the blue field. I'm talking about the messages the flag has come to represent. A symbol of our nation, the flag evokes very different emotions throughout the year. On the 4th of July, we remember our declaration as a nation in 1775. And on memorial day, we remember those who gave their lives for our freedom. Not just the men and women who sacrificed themselves in 1775, but in the conflict of Afghanistan. The American flag is an ever-growing symbol of our progress, successes, and hardships as a nation.

So what happens when a group of people take an existing historic flag of our nation and adopt it as their own symbol? The definition of that flag not only changes, but grows. To those who have stood under it for many years, are now associated with those who recently incorporated the flag as their own. And a tradition, in the case of the New Rochelle Armory, is disturbed after more than 239 years.


The Gadsden flag is one of my favorite flags. The symbolism of this flag reminds me of the opportunities our unique nation can bring to a global community. It also reveals the risks of bringing so many varied views to the discussion table. 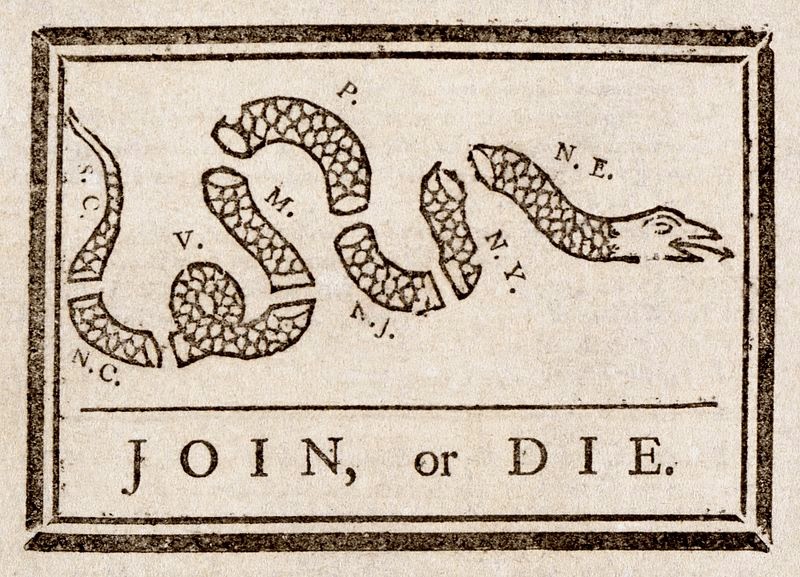 So it is no wonder he used it in a political campaign to illustrate the importance of unifying as a nation. 13 separate colonies, Virginia, Massachusetts, New Hampshire, Maryland, Connecticut, Road Island, Delaware, North Carolina, South Carolina, New Jersey, Pennsylvania, Georgia, and yes, New York, together could gain freedom.

The rattle snake on the Gadsden flag means, united we stand, divided we fall. And the words "don't tread on me" represent the snakes relentless assault if provoked.

In more recent years, there are has been a growing movement known as the Tea Party. There are many attractive reasons to use this flag. It has a history that goes back to the origins of our nation, with such outstanding individuals to our progress as Benjamin Franklin and George Washington. It also inspires a relentless conviction. The words, "don't tread on me" can be used to assemble the passion and energy needed to rally a group.

While there are those who remember the true heritage of the flag, there are more who now know the flag to represent a group of Americans, who, have cultivated a rigid conservative doctrine, they believe, could save our country from economic collapse. It is not easy to really believe in something these days. Particularly, culturally radical ideologies like the Tea Party Movement. On the other hand, our country has seen some of the most significant cultural changes ever, with an African American president and ban on gay marriage being lifted state by state.

In the town of New Rochelle, NY, the city council saw the Gadsden flag flying over the Armory and decided this was an offensive symbol to fly in their town. Ironically, this was the symbol that helped bind the original 13 colonies, New York being one of them. In some articles, remarks were recorded that the council members felt flying the Gadsden flag was as offensive as flying the Gay Rights flag or the Nazi flag. I could only find this in one article, so I am not sure how valid this comment was. But if someone did believe this, then it is somewhat disheartening that such a staple of our American history and tradition has become such a disgrace.