For over 70 years, citizens of Syracuse, NY have gathered and remembered the firefighters who lost there lives in the Collins Block fire of 1939. They come each year, to Fayette Park which is now renamed to Fayette Firefighters Memorial Park. At the center of this 1.2 Acre park stands a dark bronze anodized commercial aluminum, external halyard flagpole with an American Flag and a Custom Syracuse Firefighter Flag. Collins Block was a massive building and business for the town of Syracuse. On Feb. 2nd when it caught on fire, nine people eventually lost their lives fighting the fire or attempting to rescue those taken by the incident. But this park was not always a memorial for Firefighters. 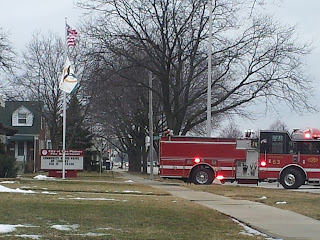 Today, you'd be hard pressed to find anyone beside dog walkers in this park. But on the early 1800's, Fayette park was so crowded during the evening, citizens wanted to add more seating. This is a the arena where, in 1843, abolitionist Fredrick Douglas spoke.

While in 1900, Syracuse was known as the city of beautiful parks, only a few decades later, Fayette park became overgrown and almost forgotten. In 1998, however, some 80 volunteers within the community rallied to rebuild the park and firefighter memorial.

In 2002,  firefighters took bricks and encircled the flagpole at the center of the park. This was called the Circle of Supreme Sacrifice. Each brick is engraved with the name of a fire fighter within the City of Syracuse who lost their life in the line of duty.

We are honored today to run by this living monument and flag display. Syracuse really knows how to respect, remember and appreciate the community and its services. And we are honored to see the firefighting community of Syracuse, NY through the eyes of the flag.
Posted by Unknown at 9:44 AM