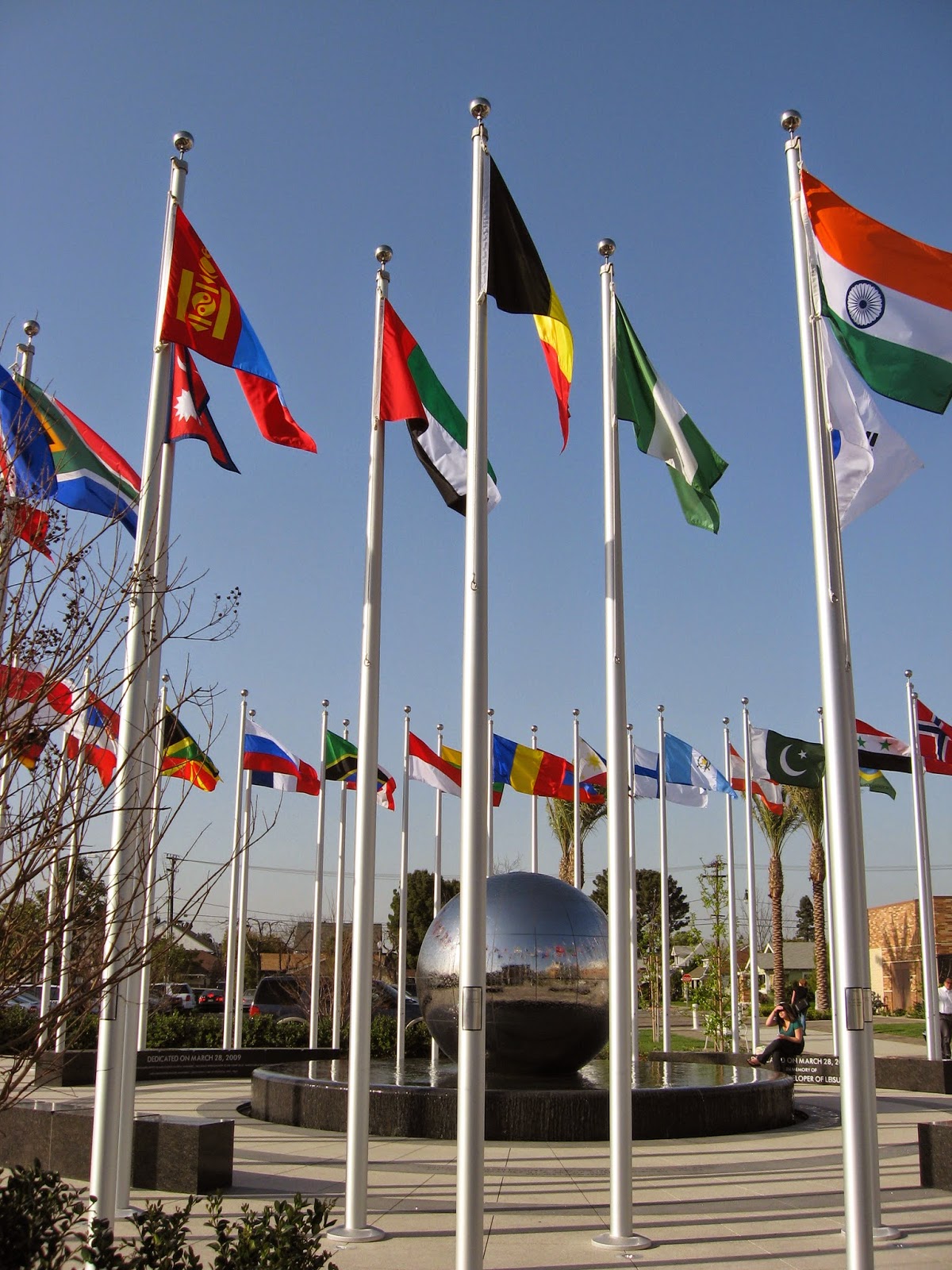 For a freshman college student, move in day is a unique experience. Several people in matching t-shirts bond for a single day, for the single purpose of helping young adults launch onto the path of independence. It is an exciting time and can also be scary. But colleges and universities are well aware of what it takes to take this leap. And right now, we are in the middle of back to school. In the case of Chapman University in Orange, California, supporting the success of the student is not just a concern in terms of educational track but also cultural identity. Chapman raises the flag for each of its incoming students and faculty.

Praised as one of the most beautiful campuses in the country, Chapman University actively creates a space designed to inspire its students. In 2009, this continued journey led to the dedication of the Ambassador George L. Argyros Global Citizens Plaza. Former U.S. Secretary of State, Colin Powell–in attendance–gave a speech during the ceremony. Sixty four international flags represent the identities of the student body, faculty and staff at Chapman University. They fly surrounding the central theme of the plaza, the Julianne Argyros Fountain (Ambassador Argyros' wife of more than 45 years). This not only welcomes International students and faculty, but also connects Chapman University to the global community.

The University encourages its students to "connect the dots between disciplines and their humanity to create meaningful, character-driven lives." This plaza is not only at the center of this statement, connecting humanity through these flags, but is also a focal point physically for the future of the school. Director of Communications and Media Relations, Mary Platt, explained, "This breathtaking and colorful sight (which is floodlit all night) serves as a landmark for the community both on and off campus.  When construction on the nearby 1,100-seat Marybelle and Sebastian P. Musco Center for the Arts is completed in late 2015, the Argyros Global Citizens Plaza will serve as a welcoming area leading to the eastern approach to the arts center."

Ambassador George L. Argyros, to whom this plaza is dedicated, attended school here and graduated in 1959. Utilizing his Business and Economics degree, he plays an active role in both business and politics. Honoring Ambassador Argyros for his role as an international business man and representative for the U.S. Signifies Chapman Universities' mission for a diverse curriculum and community, as well as an inspiring story about a student, who many years ago dreamed of a life with an international impact and experience. 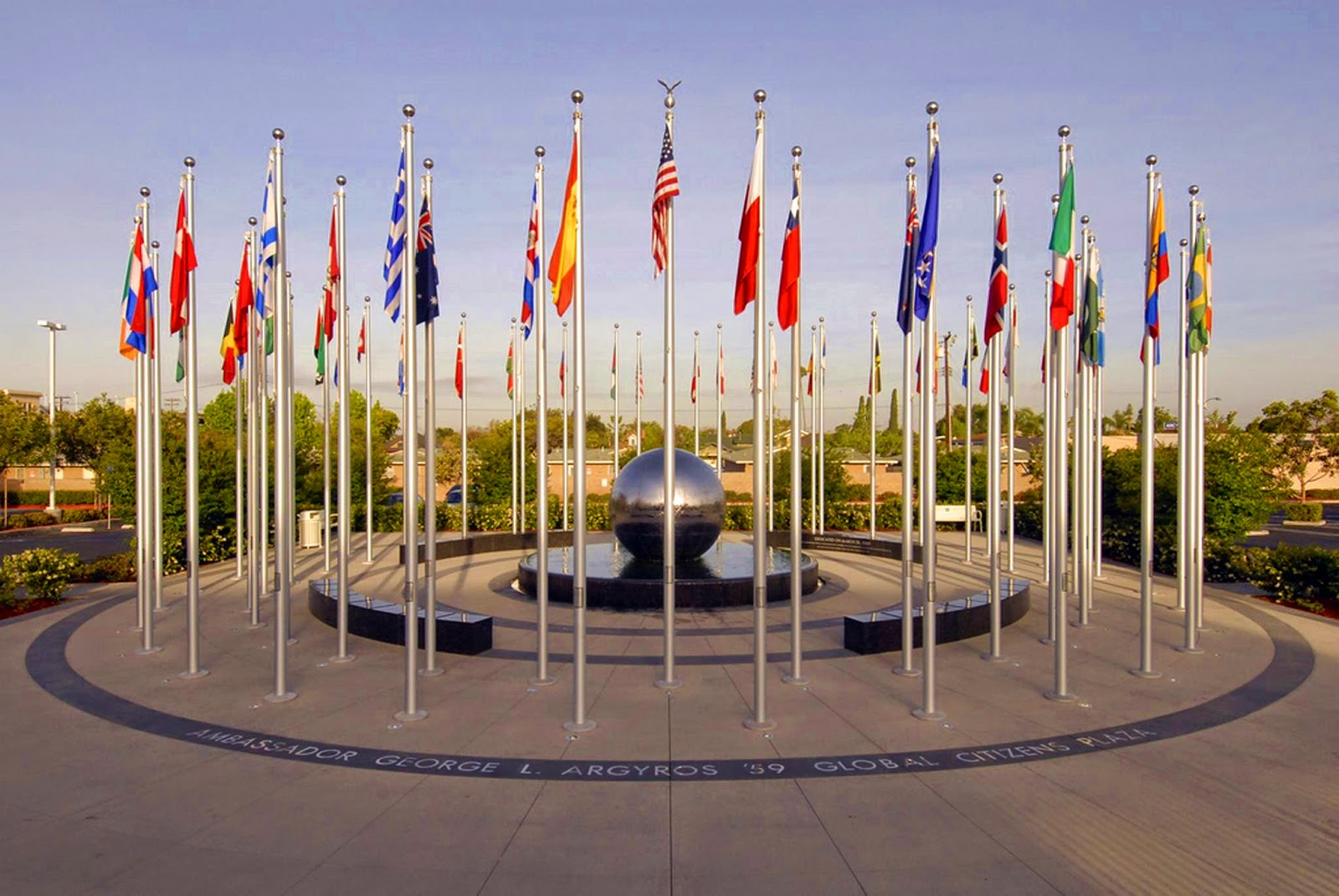 The difficulty of tolerance is greatly outweighed by its benefit. Every flag tells a story. But it is the dots between these stories that makes America unique. While other nations are influenced by cultures, we are made up of many cultures. This is a story of sacrifice. It is also a story of unity, creativity, making mistakes and moving forward. The plaza is a symbol of standing together, using our differences as a catalyst for a better tomorrow.
Posted by Unknown at 3:51 PM