Today is Martin Luther King Day and National Service Day. This day is about many things of course, lets take a look and consider the flag flying community idea. For some, it is a day of remembrance, for others, it is a day of giving. National occasions and traditions such as these provide the fabric for what might become a new powerful flag. But what would Martin Luther King's flag look like? 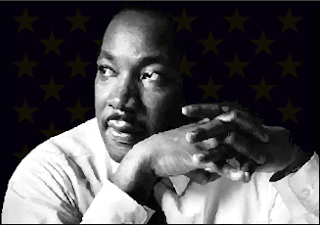 A Flag for the King
Typically, a person should not be on a flag. What the person symbolizes should be on that flag (i.e. golden arches, Wyoming's Buffalo, you can name more). Martin Luther King is also one of the most recognizable faces in our history but what would be appropriate for his flag?

An influential Civil Rights leader, Dr. Martin Luther King, Jr. led a movement to end racial segregation in the United States. As a staunch advocate of peaceful assembly, King was the youngest recipient of the Nobel Peace Prize. Martin Luther King Day was first observed in 1986, 18 years after his assassination.


A flag for Martin Luther King might both represent his desire for equality as well as his methods of peaceful assembly to achieve that goal. Sometimes, it isn't who you are or what you look like, it is what you leave behind that helps us all go forward. 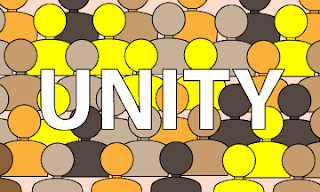 In American culture, we have struggled to embrace that which we know instinctual to be true. This is a symptom of a capitalistic society. We allow the lowest common denominator to drive the competitive line. Many companies are judged by their profits rather than the quality of their products. In this context, it is remarkable we have seen such advancements as unionization, equal opportunity employment, voting rights for women, and desegregation. The challenge is not in our conscience, but in the desire for prosperity, providing a service at the lowest price. 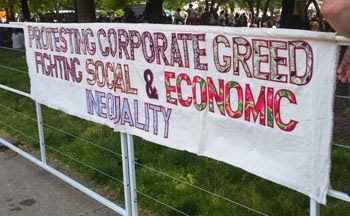 Martin Luther King recognized that cost was on African American population and ultimately on all of us. For him, that was not acceptable. While capitalism is a beautiful system designed to promote fair opportunity for prosperity, it also has the capability to be very demeaning and destructive (just read The Grapes of Wrath). While we have made so much progress, still there are many mountains to move. Maybe a good reason to have a unique flag. 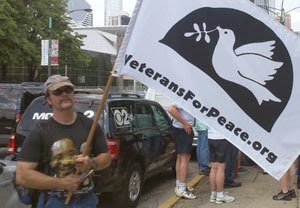 We are increasingly becoming one global market. The same cultural stereotypes and segregation we enacted locally on minority groups, we are passing to other parts of the world. There are some who have devoted their lives to ending this symptom of superiority. They are on the forefront of change from an environmental, labor, and human rights perspective (GASP, USAS, CFR).

You can not talk about our country without talking about sacrifice. We have paved the way as a nation for many things. But we have also made some mistakes. The flag is not a symbol of infallibility. It is not about fault or blame. It is, as Martin Luther King said, about a dream:


"I have a dream that my four little children will one day live in a nation where they will not be judged by the color of their skin, but by the content of their character."

The American flag is our continued dream for one nation, under God, with liberty and justice for all.

Read more at http://www.brainyquote.com/quotes/quotes/m/martinluth115056.html#pqU6kx4Q1dce4KuQ.99
Posted by Unknown at 8:00 AM